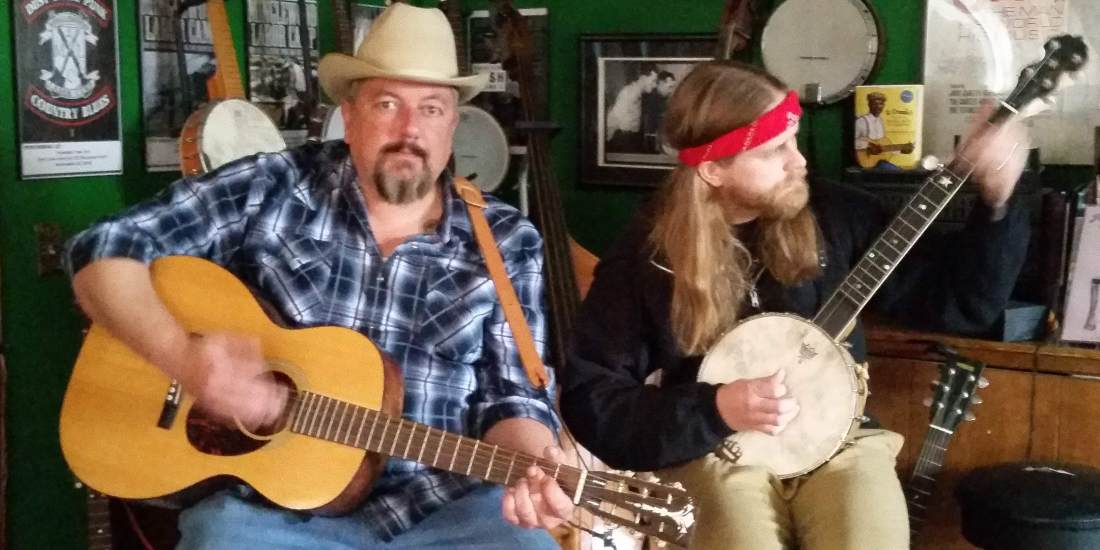 Z.P. Kunkle and I made a record of narratives together. We share a love for the macabre and folk music.

Badlands #3 is another attempt at writing a novel in song. The story, told simply with a few finger-picked chords, follows the singer as he goes from a mineworker to a murderer on the run, smoking Big Rock Candy Mountains and losing his faith in love and God in between.

I got a job in the badlands working in the mines for a spell
I up & married this redhead, well, she knows how to give me hell
I got this truck & this bad buzz real cheap & it’ll take them both just to carry me on down

Down the road, away from the river where you first laid hands on me
Held me down, pushed me under, nary a light did I see
The sky was blue, the faces were smiling, your mother was singing to me
You cried & so did I, I tried, but I couldn’t believe in you

I gotta leave these badlands, I gotta get out now
When they find your body, I’ll be well on my way south
I think I took the wrong stuff, now I cannot see
Is this your ghost choking the life out of me?

You can purchase/stream/download the track (as well as the entire Badlands record) on all the usual places: Bandcamp, Spotify, Apple Music/iTunes, Youtube, etc. The Badlands record was mixed by Cory Gottron at Sub Par Studios & mastered by Tony Taylor at Rock Haus Studios.