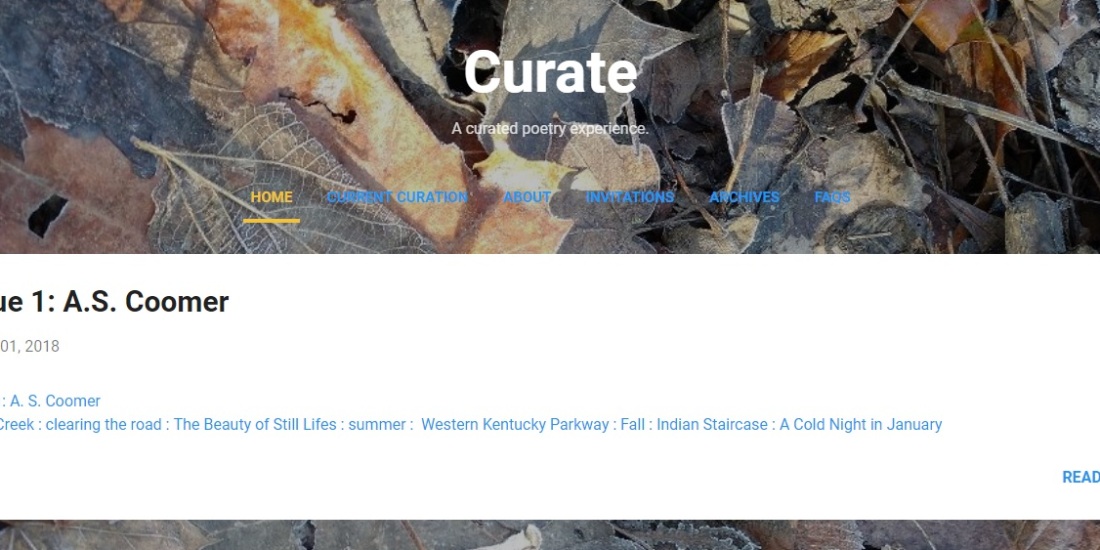 Hope all’s well. Hope you’re seeing the light at the end of a long winter. I’m squinting and hoping that’s what I see barreling on down the line. Could be a train though…

I got some new poems out in the very first issue of Curate, curated by Erin Renee Wahl. Get hip; this is a cool thing she’s putting together. Read about what Curate is all about here. The poems will be up for a month minimum, then they’ll disappear into the digital ether so read ’em while you can.

Head on over to the Curate site and get curated.