Rush’s Deal, the debut novel from A.S. Coomer, was published December 11, 2016 by Hammer & Anvil Books. Rush’s Deal is available exclusively through Amazon’s Kindle for $3.99 for the time being. The novel’s paperback edition will be published by Lit Fest Press in 2018, and will include art by the wonderfully talented Cole Dunn. 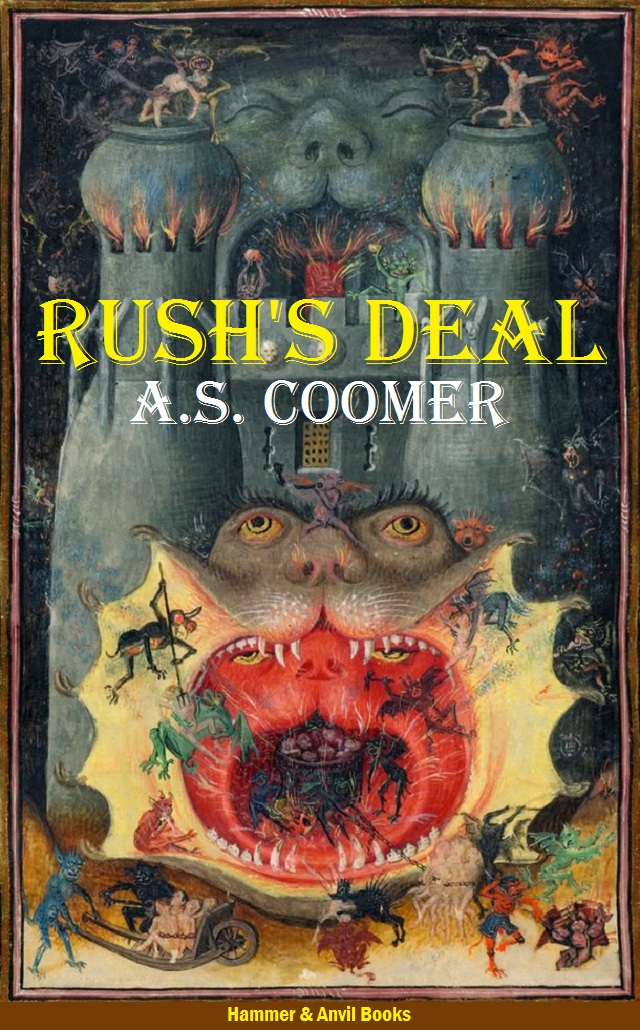 Rush Walters is a comic book-reading teenager looking for all the answers, and he’s willing to look in all the wrong places to get them, too: from calling upon guardian angels to summoning demons, employing tasseography bibliomancy – and black magic – Rush is oblivious to the price he and others must pay for his Faustian desires. RUSH’S DEAL is a headlong dive into the dark side of the quest for knowledge. Part non-visual comic, part alternative history of a forgotten swamp & its cursed residents, A.S. Coomer’s debut novel is an E-ticket ride for intrepid kids of all ages.